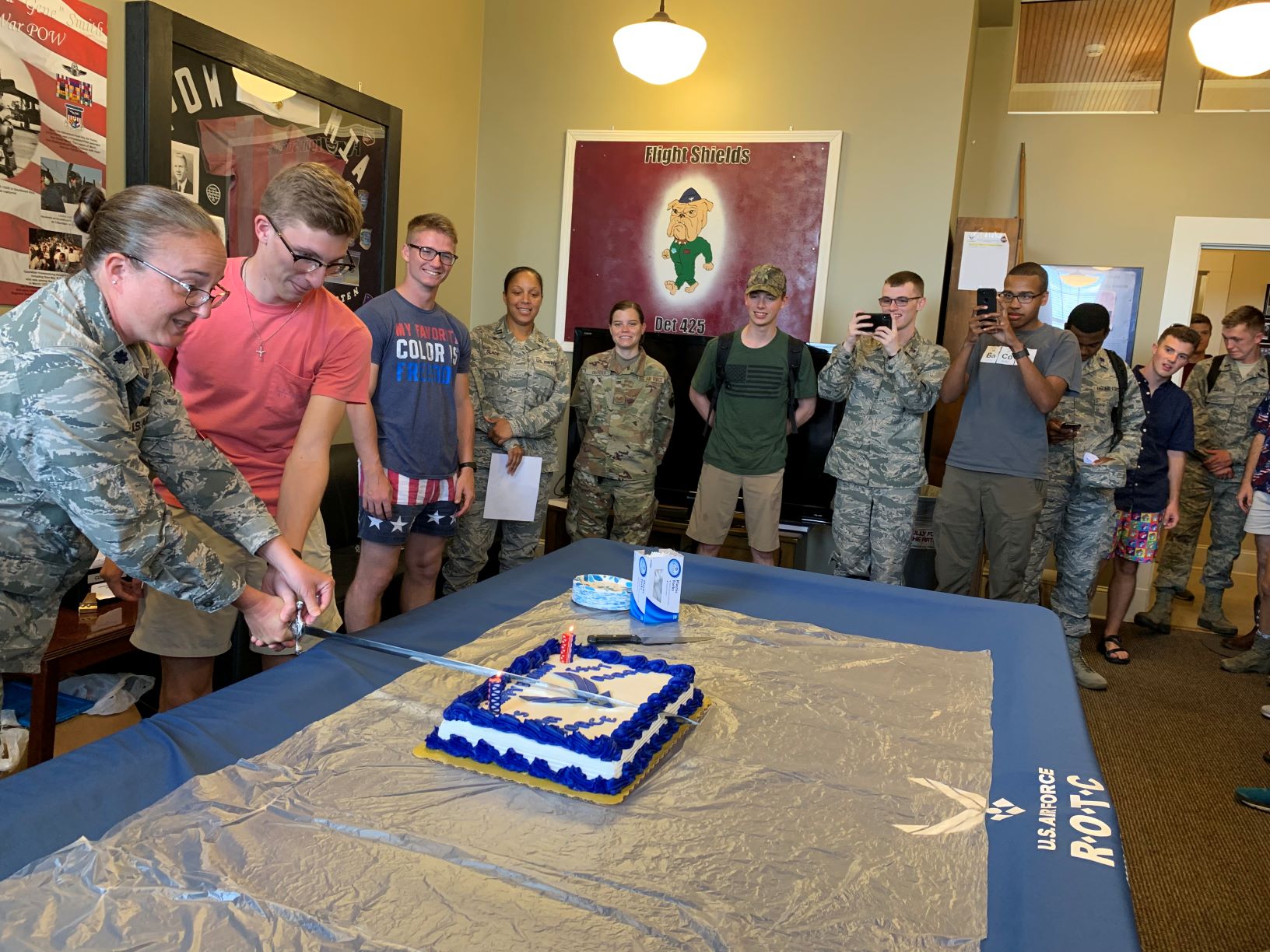 Cadets and Cadre of Det 425 celebrated the Air Force's 72nd birthday on Wednesday, September 18, 2019.  The traditional Air Force birthday cake was cut with a Det 425 "A Cut Above" sword by the oldest and the youngest airman to attend.

Brief history of the Air Force: