Loges joined the ranks of MSU faculty in July as commander of the university’s AFROTC Detachment 425 and professor of aerospace studies.

The active-duty U.S. Air Force servicewoman said she is “honored to have been selected” to join the land-grant university, taking the helm of the AFROTC program during its 70th anniversary year of celebration.

“It was the best detachment on my list,” said Loges, who applied to be an AFROTC commander at five university locations after a stint teaching strategic leadership to Air Force lieutenant colonels at Air University, Maxwell Air Force Base, Alabama.

Loges said being a part of something bigger than herself keeps her invested in service to her country. “It’s the fact that my small actions day-to-day—even when I can’t see them—ripple out into the strategic vision of the Air Force.”

Throughout 25 years of military service, Loges has been deployed four times, serving in Turkey and Afghanistan, and twice in Saudi Arabia. She also has been stationed in Arizona, California, Florida, Hawaii, North Carolina, Oklahoma and Texas.

“Happenstance and luck” drew the Washington, D.C., native to the Air Force in 1994, she said.

“I was in college and had a friend who had just left military service. She spoke a lot about how fun it was to fly and be a part of the aircrew family environment,” Loges said. “I enlisted in the Air Force as an aircrew member. I was lucky enough to get an AFROTC scholarship to finish my degree and get my commission.”

Loges said she enjoys sharing the Air Force core values of “integrity, service and excellence” with student cadets, and points them, as well as civilian students, to two programs within the AFROTC umbrella.

Its sister unit, the Kenneth J. Snedden Chapter of Silver Wings, is a civilian organization open to all college students dedicated to partnering with cadets through community service projects. Both MSU service units have been recognized this year with awards for excellence in community service.

Reflecting on a quarter-century military career—which has taken her from the West Coast to the Middle East, and back to small-town Mississippi – Loges said a highlight of her profession is that “it is never boring.”

For more information on AFROTC at MSU, visit www.afrotc.msstate.edu. 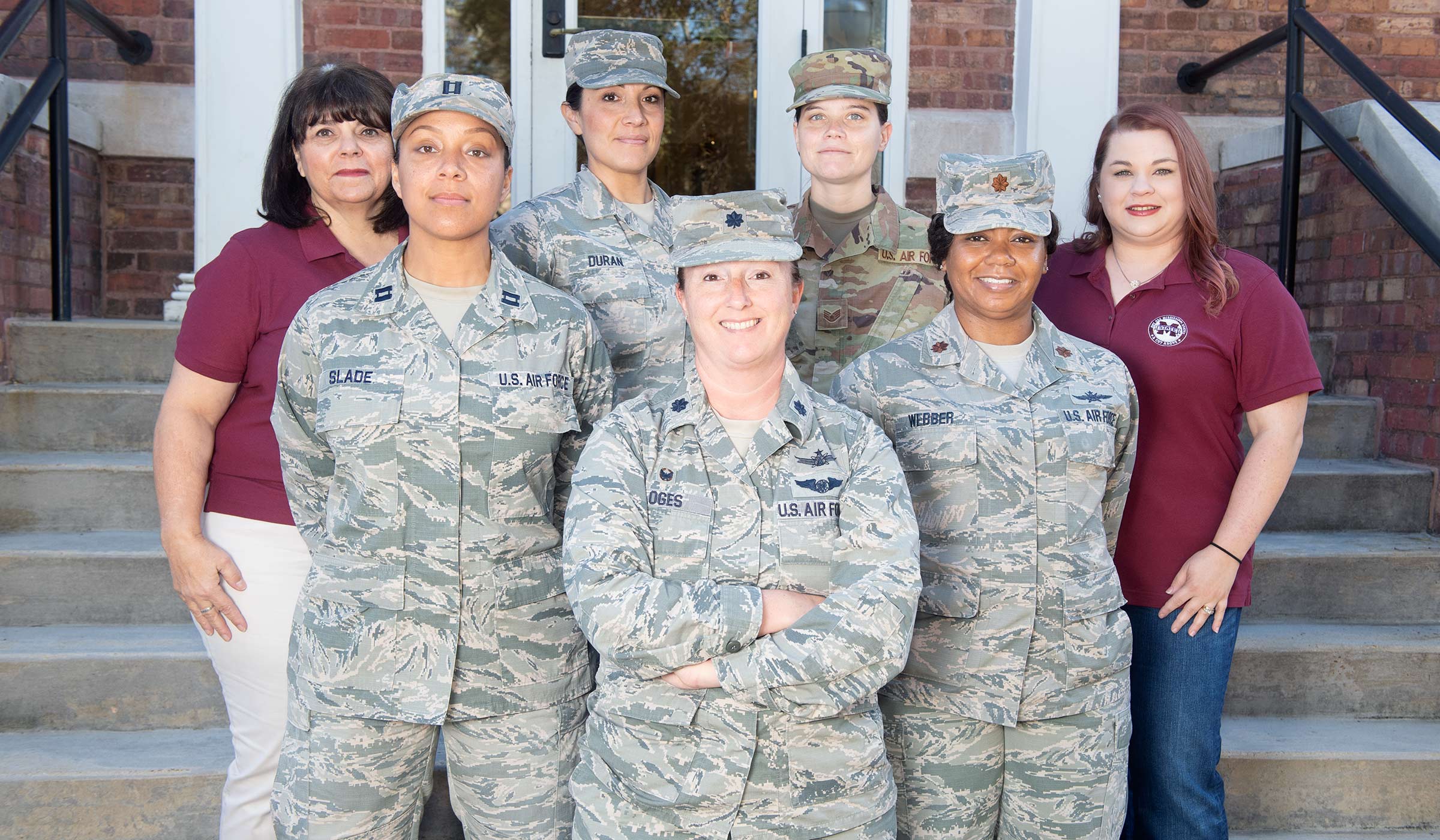